The following events and aspects of the character of Maharaja Rajinder Singh (1872-1900) of Patiala, had an important bearing on his life and to some extent, appear to be reflected in the caricature that appeared in ‘Vanity Fair’ on 4th January, 1900.

1. Prince Rajinder Singh was only four years old when his father, Maharaja Mohinder Singh (b.1852) died in 1876.

2. It is apparent that even at a young age, Rajinder Singh was equal to his royal duties. This is apparent from the manner in which he dealt with the visit of Viceroy Lord Ripon in 1884 when he was merely twelve.

3. The Patiala royal family remained steadfast in its loyalty to the British even during the ‘Sepoy Mutiny’ (or the First War for Indian Independence (1857-58).

4. He went to England at an early age and was exposed to western influences. He was at home in England and this, along with his family’s loyalty to the British seems to have been major factors that helped him integrate into British society.

5. He must have developed his love for cricket during his stay in England. He also took pains to introduce the sport in Patiala.

6. It is apparent from what English poet and writer Rudyard Kipling (1865-1936) wrote in Lahore’s ‘Civil & Military Gazette’, as reproduced in “Uncollected Sketches (1884-1888)”, edited by Thomas Pinney, (1986), that Rajinder Singh, like most Indian royals, maintained a lavish lifestyle. He was also an excellent host.

7. He had the ability to administer and introduce reforms. He inter alia modernized his army and transformed it into an effective fighting force and raised the morale of Sikh soldiers. The memorable last man stand of 21 Sikhs from the 36th Sikh Regiment, (of the British Indian Army) against 10,000 Afghans, bears witness to this.

8. He was an able and brave military commander and led from the front during the war against the Afghans in 1898. He was awarded the Grand Cross of the Star of India (GCSI) for his part in the campaign by the British.

9. He excelled in sports such as riding/polo and shooting among others.

10. It appears that he had a steadfastness of purpose. He fell in love with Ms Florence Bryan and despite British official opposition to the idea, succeeded in proceeding with his plan to wed her. Her untimely death is unfortunate. They seem to have been a compatible couple. The behaviour of Rajinder Singh during his wife’s funeral seems to support this conclusion.

ANALYSIS OF CARICATURE OF SIR RAJINDER SINGH, MAHARAJA OF PATIALA

1. The sketch of Maharaja Rajinder Singh of Patiala appears more like a cartoon. It is one of the two ‘Vanity Fair’ caricatures of Africans and Asians in our project to be of such a nature. The other caricature of its kind is that of the Nawab Mansur Ali Khan of Bengal.

2. The build of Rajinder Singh was no doubt slender but he was known to be an excellent sportsman. It is, therefore, intriguing to fathom why he has been shown bent backwards from the waist upwards in the caricature. In fact, he looks somewhat awkward and unlike a sportsman. We do not know whether the sketch was made when the Maharaja was actually standing on a polo field. If he was, the polo stick which he is holding, could be the cause of his stance.

3. Rajinder Singh’s beard has been shown as ragged and unkempt. Normally, the beard of Sikhs is neatly fixed even while playing. In all available photographs of the Maharaja (see photograph below), he is always seen to be sporting a very neat and well-kept beard. We are, therefore, at a loss to understand why his beard has been depicted so by the caricaturist.

In the material available, it is not mentioned when and under what circumstances the sketch was made. Perhaps his caricature was created immediately after a vigorous game of polo, which might explain the dishevelled state of his beard. It is possible that the artist wished to portray the Maharaja as he really might have looked on the field – a keen sportsman after a tough game of polo!

4. In the caricature, the Maharaja is looking at something with great concentration. Maybe another polo game was in progress. He also seems to be thinking about something, perhaps things to be done after returning to his kingdom. It does not appear to us that he is thinking about his late wife.

5. The “Patiala riding breeches” worn by Rajinder Singh were popular in India as they were comfortable and practical. Any contempt on this aspect is uncalled for.

6. The caricature has presented Maharaja Rajinder Singh in a poor light. He has been made to look like a buffoon. We wonder why. He was an important ally of the British. He was also well received and popular in England. Consequently, there seems to be little reason for the magazine to select him for depiction in a ridiculous light.

7. We feel that he surely deserved to be depicted in a much better manner. In other words, he should have been presented with greater accuracy, sensitivity and respect in the caricature. 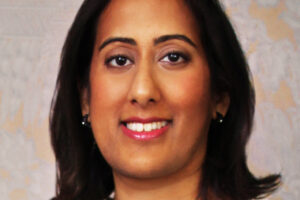